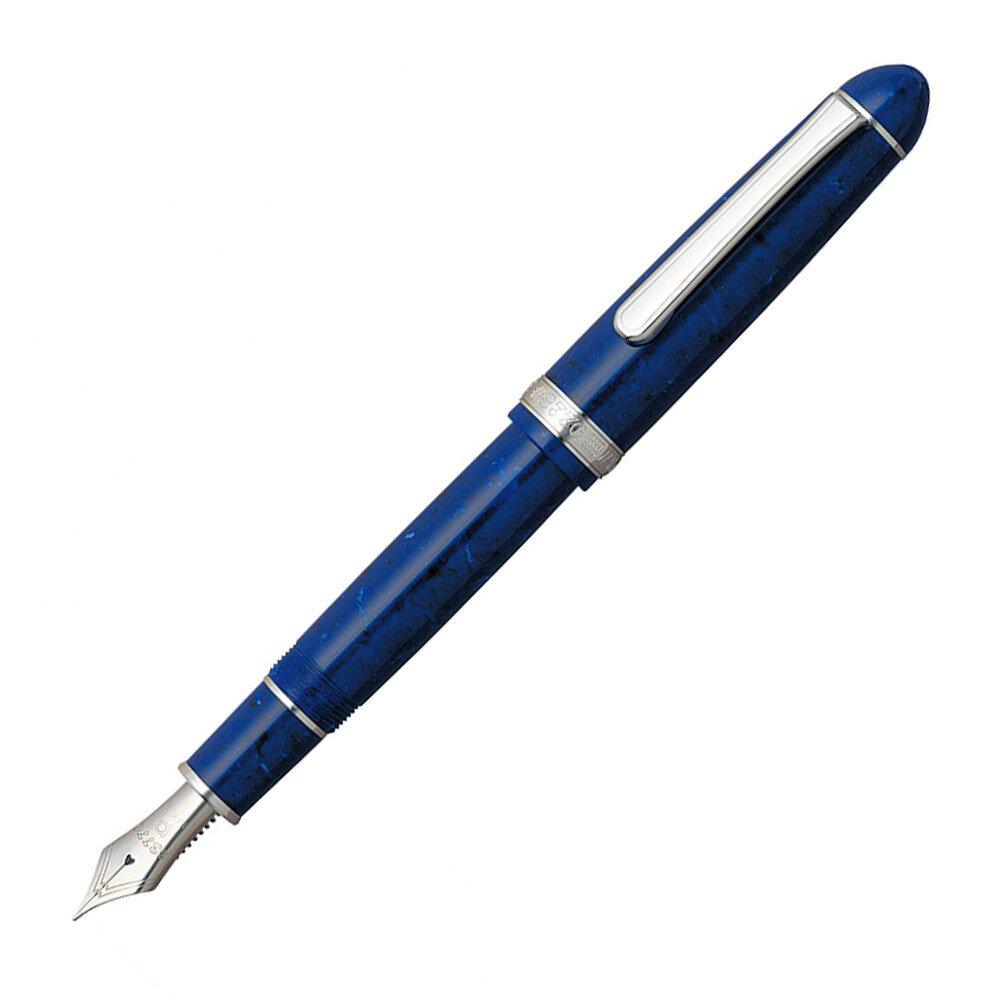 The #3776“ Century” Fountain Pen. What qualities make for the ideal contemporary fountain pen? Sleek design, comfortable writing balance, smooth flow, and fast-drying ink… At the request of customers, we at Platinum Pen have gone back to the basics to address these issues. Every part and mechanism has been carefully studied and re-engineered. The result is the #3776 “Century,” designed on the base model of the popular #3776 series pens.

Celluloid, one of the earliest thermo plastics, is becoming an extinct base material for pen making – regretfully as it has beautiful density, shine, weight and of course features the most vibrant and sometimes psychedelic patterns. Today it is used only in a handful of industries including luxury spectacle making. The production of celluloid in Japan has nearly now entirely stopped – making this model harder and harder to get ahold of and made in very small quantities by Platinum.

◆SLIP & SEAL MECHANISM
The innovative cap contains a unique “Slip & Seal” mechanism that prevents ink from drying out in the pen. Meanwhile, a newly redesigned nib and feed regulate the ink flow. Founded in 1919, Platinum Pens is now nearing a full century of achievement. The #3776 “Century” celebrates this approaching anniversary and continues Platinum Pens’ tradition of technological innovation. With Platinum Pens, the pleasure of writing and the use of fine writing instruments will always be evolving.