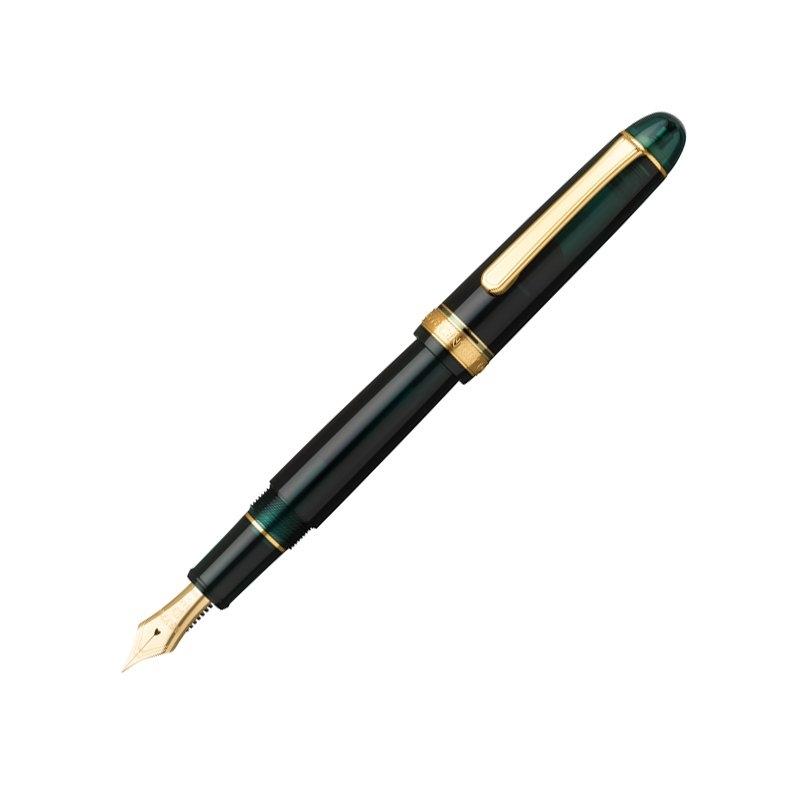 Laurel Green is a fountain pen for winners. Laurel tree has been regarded as a symbol of victory and glory since ancient times. The wreath made from its leaves and branches was given particularly to crown exemplary litterateurs such as major poets who served the king. Likewise, gold is also the color of the medal given to honor individuals for their highest achievement. Therefore, this fountain pen that combines laurel green and gold colors is the most suitable piece that symbolizes honor, glory and victory while increasing your status and power by continuously creating a culture. The Laurel Green fountain pen conveys our hope to support you in opening a way to new future and winning glory.

The #3776“ Century” Fountain Pen. What qualities make for the ideal contemporary fountain pen? Sleek design, comfortable writing balance, smooth flow, and fast-drying ink… At the request of customers, we at Platinum Pen have gone back to the basics to address these issues. Every part and mechanism has been carefully studied and re-engineered. The result is the #3776 “Century,” designed on the base model of the popular #3776 series pens.

◆SLIP & SEAL MECHANISM
The innovative cap contains a unique “Slip & Seal” mechanism that prevents ink from drying out in the pen. Meanwhile, a newly redesigned nib and feed regulate the ink flow. Founded in 1919, Platinum Pens is now nearing a full century of achievement. The #3776 “Century” celebrates this approaching anniversary and continues Platinum Pens’ tradition of technological innovation. With Platinum Pens, the pleasure of writing and the use of fine writing instruments will always be evolving.