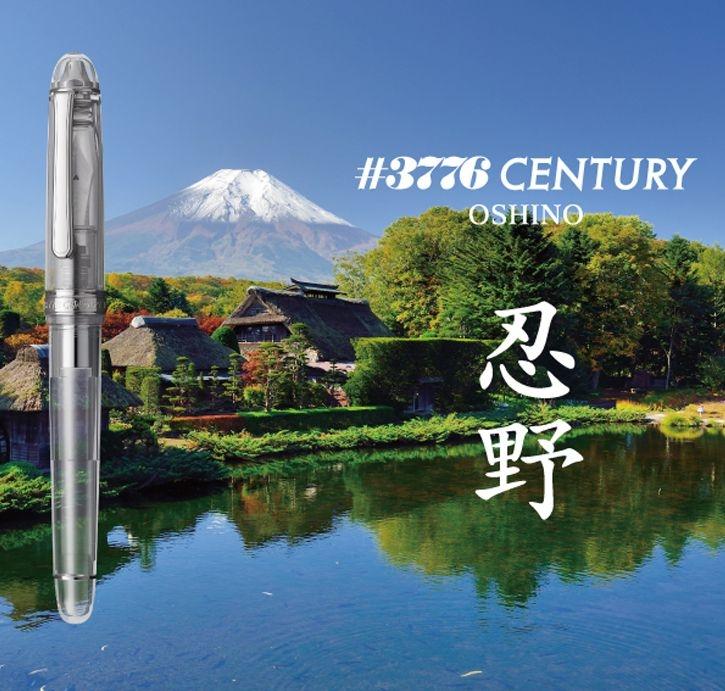 “OSHINO,” a Fountain Pen that Evokes an Image of Clear Waters

Launched in 2011 as the first edition of the Fuji Five Lake series, “MOTOSU,” with its completely transparent body, has drawn a great attention. Seven years since its launch, we are now introducing “OSHINO,” which has a clear body of a higher level of transparency, as our regular item.

Created by pursuing a transparency like clear waters, this new fountain pen has been named after Oshino Hakkai, which is a famous destination for the beautiful springs sourced from the underground water of Mount Fuji. We are proud to add this product to our #3776 CENTURY series that bears the height of the Mount Fuji in its name.

A special part with a motif of the Mount Fuji is placed at the crown of the pen. In addition, a method of etching is applied to the cap ring to provide a three-dimensional effect, which makes the pen even precious. The body of the OSHINO fountain pen that is transparent like clear waters matches perfectly with color inks. We recommend using Platinum Pen’s Mixable Ink and Classic Ink series.

In commemoration of the launch of OSHINO fountain pen, it comes with a blotter card with a serial number for the initial 3,000 production lots. The back of the card may be also used as a blotter paper.